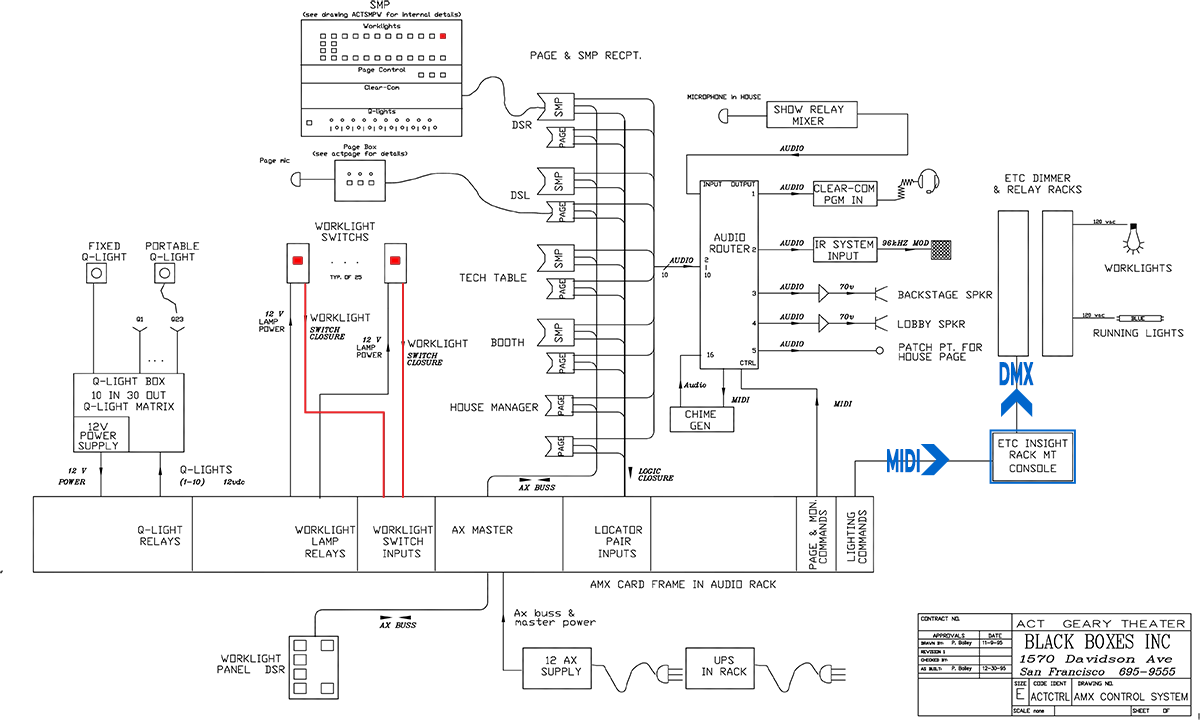 The architectural lighting control system at the Geary Theatre in San Francisco had not been upgraded since its install in 1995.  At that time, MIDI was used to interface with the Stage Manager Panel (SMP) units that integrated cue lights and work light control in with communication and paging systems.  This system was known to be finicky before I arrived, and not long into my tenure at the Geary, the ETC Insight Rack lighting controller failed spectacularly... letting out he magic green smoke that kept the unit operating 24 hrs a day, 7 days a week for 24 years.  When the machine died, the only other way to turn on any light –anywhere in the venue– was with the performance lighting console, requiring them to remain powered on overnight, and requiring lights be left on during those times for cleaning staff and maintenance.

A replacement for the failed controller was needed, and it needed to interface with this very outdated, but very engrained system.  Ideally the interface needed to be something that would accept input of the MIDI notes (not show control) that the 1995 system was generating from light switches around the venue.  This bandaid-fix would then route that specific midi note (90 10 7F for example) to a specific DMX address (129 in this example) and send a signal to the relay addressed to 129, providing power to the fluorescent lights in the theatre's grid.

I chose to plug a midi-usb dongle into a mac mini and install MAX 8 software from Cycling '74.  With this software, a lot of time, and some incredibly knowledgable and kind friends that knew MAX way more than I did in that moment, I was able to create an interface that did just that.  It received midi notes from button pushes in the 1995 system.  It checked those button pushes with current settings from previous button pushes, and translated the midi data to the requisite DMX values.

Max proved a great tool in this instance, and worked well as a placeholder to get the venue operating again while using the death of the ETC Insight as leverage for the organization to finally push forward with upgrading the overall system into something that would serve the venue and organization for decades to come. When the lighting controller failed, a MAX patch saved the day 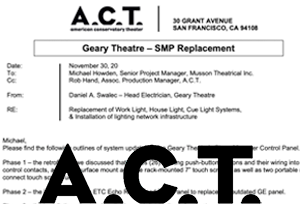 After creating a temporary fix to replace the first catastrophic failure in a venue control system approaching the end of its life, a more realistic, longterm plan was needed moving forward. 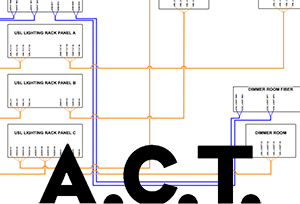 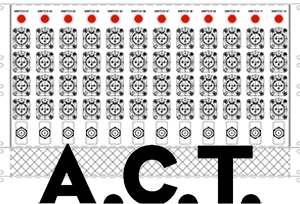